The Zen of Intercession 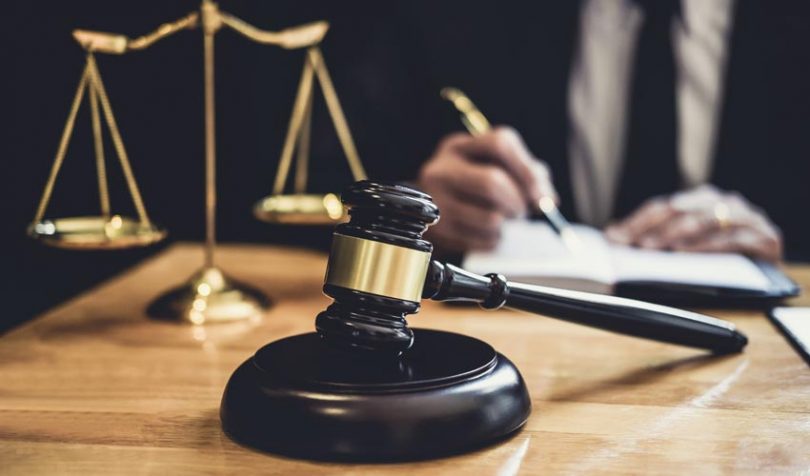 Okay, you have always wanted to be a lawyer, you have watched all the shows on television, you have read all the books, you took all the “right” courses in undergraduate school. You focused like a laser beam on your goal and here you are at Charlotte School of Law! You sit dutifully in all your classes, you pay attention, you read tons of VERY dense materials and you really begin to feel like you have got “it.” You are on your way to becoming a lawyer or at least having the knowledge to mentally be “lawyering.”

YOU CHOSE to be here, yes, we all did, all of us decided for one reason or another that we needed to subject ourselves to the rigors of a legal education. To leave behind whatever creativity and/or emotions that might possibly interfere with the process of thinking like a lawyer. Yes, the driver aimed to hit the girl that was walking across the street but because she was wearing headsets and could not hear the car coming towards her and he did not hit her he has done nothing wrong. Really? Where I come from he needs to be punished, because that would be “right,” but that is not the law because the law is supposed to make things fair. To leave behind our own sense of fairness and creative thought processes becomes necessary to succeed in law school.

Now, imagine yourself sitting on a yoga mat, your eyes are closed, the room is quiet, the fluorescent lights are off and there are no cell phones or computer notes to be typed. AWWWW, you breathe in and out, you let your mind go blank, you become aware of the silence. You open your eyes and find yourself in Professor Peter Thompson’s Art of Persuasion & Advocacy class during the intersession!

For a long time, emotions and creative thinking were an underprivileged area in psychology. They were not regarded as a major area of scientific psychological endeavor that deserved concerted research efforts and especially in the legal field. Things have changed over the last decade or so and exploration of lawyers and their emotions has become common fair. The necessity to tap into the emotions for lawyering are actually away to make you a better lawyer because when you can become creative you can think, as I like to say, “without a box!”

It has developed to such an extent that its phenomena can be described in terms of a set of laws, the laws of emotion. Formulating a set of laws of emotion implies not only that the study of emotion has developed sufficiently to do so but also that emotional phenomena are indeed lawful. It implies that emotions emerge, wax, and wane according to rules in strictly determined fashion. Emotions are lawful. When experiencing emotions, people are subject to laws. When filled by emotions, they are manifesting the workings of laws. There is a place for obvious a priori reservations here. Emotions and feelings are often considered the most idiosyncratic of psychological phenomena, and they suggest human freedom at its clearest. Therefore, when one is dealing in emotions and creativity as a lawyer they are often left in the briefcase.

I akin the need for this class and the powerfully positive lawyering information to when my daughter started medical school. She called me up to tell me that they “beat the altruism” out of her so she could be a better physician, one that had been devoid of emotions so she could efficiently evaluate her patients or remove a limb. When law school started all of us probably had some level of creativity, after all we did finger-painting in kindergarten, but in all honesty all of us probably checked it at the door. I know I did!

Professor Thompson has created a class in which he pulls the creativity out of you and ultimately will make you a better attorney because if we are all thinking alike then no one gets to be out of the proverbial box. I like to say that great minds think together versus alike and then we become a force to be reckoned with because we are able to collectively advocate through our creativity.

Professor Thompson perceived everyone’s latent abilities and brought them forward to achievement through Zen work. He made all of us feel comfortable enough to get in front of a group of 23 strangers and “act” like we were lawyers. His ability to bring out the best in all of us and guide us on a journey of self discovery through meditation, the 3 C’s, conflict, credit, and control, (which you will have to attend to understand how they work in the courtroom setting), intonations, and so much more. His gift of releasing our story telling talent from his expert guidance allowed us the opportunity to express ourselves. Finally, through our daily reflections we were able to write down these skills for future perusal. Professor Thompson was honest and demanded the best of each of us sprinkling us with what one student termed, “golden nuggets.” (Claudine Chalfont 2L)

Since he expected of us as much as he gave I personally felt he truly believed in all of us. His belief made me work harder at understanding the concepts and the integration of them into becoming an expert lawyer. Professor Thompson gave us motivation and steered us all on the right track moment from moment. Becoming a better advocate requires the skill of being creative and if you want to unleash your creative mind Professor Thompson’s class is the place to be!

Hence, I will remember Professor Thompson the very first time I step into a courtroom and it will be his voice, guidance and expertise I will hear in my ears, whispering, “You can do it, tell a great story!” So folks, roll up your yoga mats, bring your finger-paints, leave your computers and cell phones at home and oh, if you have a bony butt, bring extra padding for the floor!