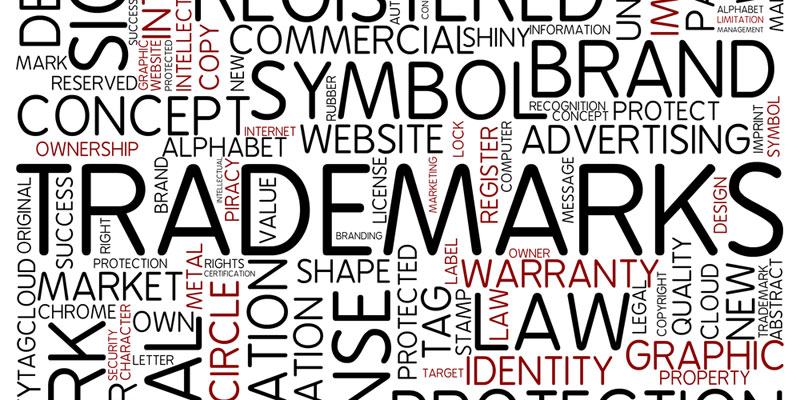 Unlike patents and copyrights, the subject matter of which is strictly limited by statute, trademarks are not limited whatsoever by subject matter. Instead a trademark is defined by what it does, not by what it is. Thus, there are registered trademarks for things including colors, scents, movements, sounds, personae, photos, product designs, product packaging, architectural designs (exterior and interior), and other things that can not be easily categorized. This is because any of these things can come to be identified, in the minds of consumers, with a unique source of products or services in the same way that traditional trademarks (i.e. words and logos) are. When you see the color magenta featured prominently in an ad, for example, you know it’s an ad for T-Mobile. The same goes for a particular fish shape for a cracker, the three-note chime sound of a certain TV network, the packaging of a certain small drop of chocolate, and a small green lizard “spokesperson” for an insurance company.

“A trademark is as a trademark does” sums up the law defining what can be protected as a trademark. Virtually anything that consumers believe can only be used by, or with the permission of, a single source (i.e. a company or other entity) is, by definition, a trademark. It does not matter that consumers do not know the name of the source, but only that they know that each time they see a product or service bearing the trademark they believe that this product or service emanates from a source common or related to the source of all other such similarly trademarked products and services.

Trademark law’s purpose is to protect consumers from confusion over the source of goods and services. As modern marketing becomes more sophisticated and creative in terms of the ways that it seeks to distinguish its products and services in the marketplace, trademark law evolves to encompass these new types of source identifiers. There are however a couple of important checks on this expansion that the law imposes in order to keep competition fair and robust and to ensure that trademarks do not step into the territory of patents and copyrights.

The first legal doctrine that puts a limit on trademark subject matter is the functionality doctrine. This prevents anything from becoming a trademark if it is a feature that adds value to a product or service. Value in this context can mean the ability to make the product more cheaply, better product performance, and even psychological advantages (for example, a court held that the color pink could not be a trademark for antacids because it was a soothing color).

The second limitation on trademarks is on anything that would be perceived by consumers as mere ornamentation. This is another way of saying that it doesn’t “function” as a trademark. This can be a somewhat subjective determination but includes, for example, features that are mere variations on common design elements for a particular product (i.e. floral patterns on a tissue box and t-shirt graphics). Unlike functional features, which can never become trademarks, ornamental features can become trademarks over time by long and exclusive use by a single party.

Trademarks that encompass multiple elements, such as product design and packaging (including service design, like unique and distinctive restaurant interiors) are often called trade dress. Trade dress that comprises the design of a product itself always requires evidence that consumers do in fact perceive it as a trademark, whereas trade dress that comprises packaging and other things that are not integral to a product or service itself can be protected immediately upon use in commerce, as long as the trade dress is “inherently distinctive” (i.e. having the ability to transcend the common or usual).

If you ever find yourself at the Peabody Hotel in Memphis, New Orleans or Little Rock and you see a parade of ducks marching into a fountain at the center of the hotel lobby you will be watching U.S. Trademark Registration No. 3,853,633. If you see a similar “duck march” in another hotel, you will now assume that the hotel is somehow related to the Peabody Hotel (or else it’s a trademark infringement). This is how trademarks work. So, “if it walks like a duck and quacks like a duck… well, you get the idea”.